How to Get Bluetooth Headphones to Work with Nintendo Switch

So before I get started, let me just state that there is no way for the Nintendo Switch to work by itself with bluetooth headphones. Nintendo just doesn’t have the correct drivers in place for some reason, and I’m not sure if they are planning on making this happen at all. This blog post will simply show you a way that you can get it to work without much hassle by buying a few things and I’ve been using this set up for several weeks now and am very happy with it.

And of course the headphones I use with it:

The most important piece of all of this is the Bluetooth Transmitter Receiver. You want to make sure it’s small enough to be able to fit on the back of the Nintendo Switch (and the one I listed does, as well as has room so you can dock the Switch) – but most importantly you want to make sure it has LOW LATENCY. There are lots of cheap transmitter receivers out there, however, some of them won’t have low latency. This causes problems when you are gaming because there will be a small lag in the game sound that can throw you off completely. The lower the latency, the less the lag. With the ones I listed, I can’t even tell if there is so it works great. 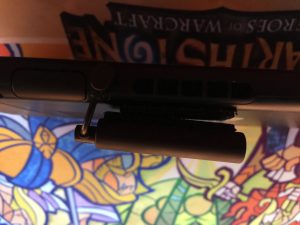 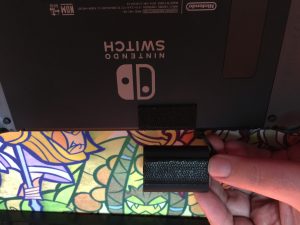 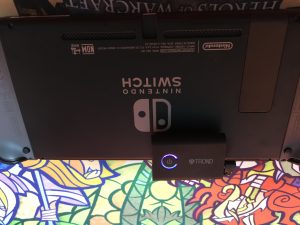 The only real downside to this method other than having to buy this extra gear to get something simple like this working, is that you will need to occasionally charge the Transmitter into a USB port. I hate having another device to charge, but unfortunately it’s the only way to get something like this to work until Nintendo decides to make bluetooth headphones natively work with their system.

As for the headphones I listed, the Bose Q35s are simply the best headphones I have ever owned in my life. I use them daily for work when I am programming and they are completely invaluable when I’m travelling, especially on a plane. When I have them on in a plane, I can’t even hear the plane engine, much less all the crying babies.

Now when I am hanging out at home and having conversations with the family while I’m playing, the Aftershokz bone conductors are my go to headphones. They’re not superior sound quality or anything but they’re cool in the fact that you don’t put them in your ear, they just rest on your temples. That way you can easily hear everything else going on around you. I have a few friends who have used them for gaming in a kind of social setting and know several who use them when they’re outside running and want to also have that alertness of their surroundings.

Both headphones I highly recommend depending on the reasons you need them for.

Anyway, let me know if you have any other tips for getting your bluetooth  headphones to work with the Nintendo Switch wirelessly in the comments, or let me know if this set up also worked for you. Have fun playing!